Apply Now Call Me Back

SA teachers not qualified or teaching the wrong subjects

You are here:
Research 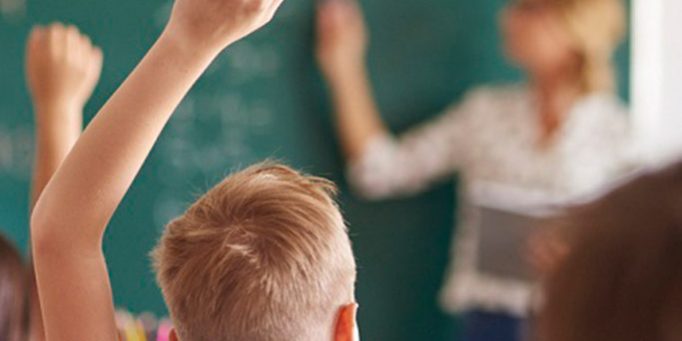 Every day‚ tens of thousands of school children are being taught by teachers who aren’t qualified to do the job. The result is that pupils are “not receiving the quality of teaching they’re supposed to be getting”‚ the South African Democratic Teachers’ Union (Sadtu) admits.

With mathematics and the sciences being the subjects most affected‚ education authorities say the solution to the problem might have to come from beyond SA’s borders.

Responding to a parliamentary question by the DA‚ the national education department recently admitted that 5‚139 teachers — the vast majority of which are in rural KwaZulu-Natal‚ which stands at the heart of the problem — are either unqualified or under-qualified. While this was an improvement from 2014 (6‚719 teachers) and 2015 (6‚030 teachers)‚ it is still a worrying situation.

There are‚ according to a 2016 statistical study released by the education department‚ about 435‚000 teachers across the country.

In the response to the DA‚ the department revealed that in 2016, KwaZulu-Natal had 2‚875 unqualified or under-qualified teachers‚ 57% of the total number of such teachers across the country; the Northern Cape had 400 such teachers; and Limpopo, which was the best off‚ had 15 such teachers.

The response also showed that five districts across the country had more than 200 unqualified or under-qualified teachers: eMtshezi (with 231 teachers)‚ Paulpietersburg (228) and Ixopo (219)‚ all in KwaZulu-Natal; and Ngaka Modiri Molema (218) and Dr Ruth Segomotsi Mompati (201)‚ both in the North West. Figures for individual districts in the Free State were not provided.

“The subjects most affected include mathematics‚ the sciences and technology at all levels‚ and African language teaching‚ particularly at foundation phase,” the response reads. “The focus of the department‚ at a national level‚ is to address the supply of educators through various initiatives. These include the Funza Lushaka bursary programme‚ which focuses on mathematics‚ sciences‚ technology and African languages‚ and the appointment of foreign educators qualified to teach scarce skills.”

Newly appointed DA shadow education minister Ian Ollis says the implications of the situation are severe. “This means that‚ every day‚ teachers stand in front of a class without the necessary skills to teach the subject they are teaching. It is simply wrecking the futures of children who have to be taught by teachers who are not qualified.”

THE ISSUE IS MISALLOCATION OF RESOURCES

For him‚ the solution lies in specialist facilities for new teachers: “We need teacher colleges urgently re-introduced. On-the-job management for school principals and subject training for the under-educated teachers [is also needed].”

The party’s KwaZulu-Natal education spokesman Rishigen Viranna has lashed out at the provincial education department over the situation — particularly taking aim at how the poorer‚ more rural‚ parts of the province were worst hit.

“Without a quality education in the gateway subjects of mathematics and science, [these children] are destined to remain trapped in the cycle of poverty. The DA believes firmly that there is no better teaching tool than trained teachers in classrooms when it comes to properly educating learners‚” he said, adding that he will request that the situation be urgently discussed at the provincial legislature’s next education portfolio committee meeting.

Sadtu general-secretary Mugwena Maluleke says the problem is not that teachers aren’t qualified‚ but that they are being made to teach the wrong subjects. “The problem is now you allocate the teacher. You get teachers who are qualified to teach a subject‚ they are allocated to a different subject. The issue is misallocation of resources.”

He says this is largely because of a change in syllabus‚ with teachers not being property trained to meet the new requirements and criteria. Agreeing with Ollis‚ he says the solution is to re-establish specialist teacher training facilities‚ much like dedicated medical schools: “There needs to be dedicated colleges for education. Universities … give you theory [but] not teaching practice. We also need more teacher development for those who are in the system. An international norm is that teachers spend 120 hours [a year] on teacher development. We are living in a changing world.”

The education department did not respond to questions sent on Tuesday.

Stressing on the importance of teaching
Jun 12, 2017

South African schools have 5‚139 teachers who are unqualified or under-qualified
Apr 26, 2016
Recent Articles
Go to Top

All relevant information regarding COVID-19 can be found on sacoronavirus.co.za